The Prime Minister Head of Government, Chief Dr Joseph Dion Ngute has frowned at the fact that many Cameroonians now go about in public places without wearing facemasks amid a virus which continue to make victims in the country. Cameroon is five months and few days into the Coronavirus pandemic and though the rate of […]

Africa's pandemic puzzle: why so few cases and deaths? - Science

> Science's COVID-19 reporting is supported by the Pulitzer Center and the Heising-Simons Foundation Although Africa reported its millionth official COVID-19 case last week, it seems to have weathered the pandemic relatively well so far, with fewer than one confirmed case for every thousand people and just 23,000 deaths. Yet several antibody surveys suggest far more Africans have been infected with the coronavirus—a discrepancy that is puzzling scientists around the continent. “We do not have an answer,” says immunologist Sophie Uyoga of the Kenya Medical Research Institute–Wellcome Trust Research Programme. After testing more than 3000 blood donors, Uyoga and colleagues estimated in a preprint last month that one in 20 Kenyans aged 15 to 64—or 1.6 million people—has antibodies to SARS-CoV-2, an indication of past infection. That would put Kenya on a par with Spain in mid-May, when that country had 27,000 official COVID-19 deaths. Kenya's official toll stood at 100 when the study ended. And Kenya's hospitals are not reporting huge numbers of people with COVID-19 symptoms. Other antibody studies have yielded similarly surprising findings. From a survey of 500 asymptomatic health care workers in Blantyre, Malawi, immunologist Kondwani Jambo of the Malawi–Liverpool Wellcome Trust Clinical Research Programme and colleagues concluded that up to 12.3% of them had been exposed to the coronavirus. Based on those findings and mortality ratios for COVID-19 elsewhere, they estimated that reported number of deaths in Blantyre at the time, 17, was eight times lower than expected. Scientists who surveyed about 10,000 people in two cities in Mozambique, Nampula and Pemba, found antibodies to SARS-CoV-2 in 3% to 10% of participants, depending on their occupation; market vendors had the highest rates, followed by health workers. Yet in Nampula, a city of approximately 750,000, a mere 300 infections had been confirmed at the time. Mozambique only has 16 confirmed COVID-19 deaths. Yap Boum of Epicentre Africa, the research and training arm of Doctors Without Borders, says many people in Cameroon have COVID-19 antibodies as well. So what explains the huge gap between antibody data and the official toll? Part of the reason may be that Africa misses many more cases than other parts of the world because it tests far less. Kenya tests about one in every 10,000 inhabitants daily for active SARS-CoV-2 infections, one-tenth of the rate in Spain or Canada. Nigeria tests one out of every 50,000 people per day. Even many people who die from COVID-19 may not get a proper diagnosis. But in that case, you would still expect an overall rise in mortality, which Kenya has not seen, says pathologist Anne Barasa of the University of Nairobi. Uyoga cautions that the pandemic has hamstrung Kenya's mortality surveillance system, however. Marina Pollán of the Carlos III Health Institute in Madrid, who led Spain's antibody survey, says Africa's youthfulness may protect it. Spain's median age is 45; in Kenya and Malawi, it's 20 and 18, respectively. Young people around the world are far less likely to get severely ill or die from the virus. And the population in Kenya's cities, where the pandemic first took hold, skews even younger than the country as a whole, says Thumbi Mwangi, an epidemiologist at the University of Nairobi. Jambo is exploring the hypothesis that Africans have had more exposure to other coronaviruses that cause little more than colds in humans, which may provide some defense against COVID-19. Another possibility is that regular exposure to malaria or other infectious diseases could prime the immune system to fight new pathogens, including SARS-CoV-2, Boum adds. Barasa, on the other hand, suspects genetic factors protect the Kenyan population from severe disease. More antibody surveys may help fill out the picture. A French-funded study will test thousands for antibodies in Guinea, Senegal, Benin, Ghana, Cameroon, and the Democratic Republic of the Congo. And 13 labs in 11 African countries are participating in a global SARS-CoV-2 antibody survey coordinated by the World Health Organization. If tens of millions of Africans have already been infected, that raises the question of whether the continent should try for “herd immunity” without a vaccine, Boum says—the controversial idea of letting the virus run its course to allow the population to become immune, perhaps while shielding the most vulnerable. That might be preferable over control measures that cripple economies and could harm public health more in the long run. “Maybe Africa can afford it,” given the apparent low death rate, he says. But Glenda Gray, president of the South African Medical Research Council, says it could be dangerous to base COVID-19 policies on antibody surveys. It's not at all clear whether antibodies actually confer immunity, and if so, how long it lasts, Gray notes—in which case, she asks, “What do these numbers really tell us?” 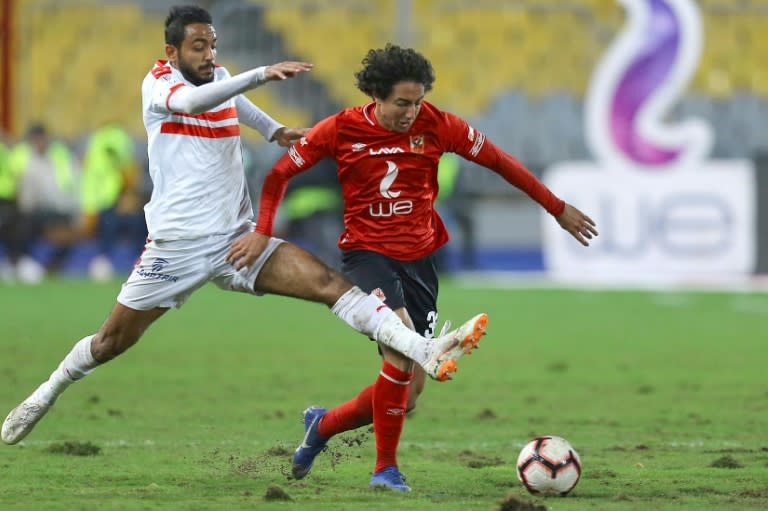 Runaway Egypt Premier League leaders Al Ahly relied on full-backs for goals as they beat ENPPI 2-0 at the weekend after being sidelined for 150 days by the coronavirus. Mohamed Hany and Tunisian Ali Maaloul scored during the second half for the most successful club in Confederation of African Football (CAF) competitions with 19 titles. Ahly have dropped only two points in 18 matches and hold an 18-point advantage over fierce rivals Zamalek, who edged Al Masry 1-0 in the opening match after the suspension was lifted.

Cameroon is using the International Day of the World’s Indigenous Peoples, to educate indigenous communities who have preserved their ways of life and their own cultures despite external influences to respect barrier measures so as not to be infected by COVID-19. Pygmies, Mbororos and Kirdis sing in Yaounde to invite their peers to make sure COVID-19 does not get into their communities. The personnel of the Special Council Support Fund dubbed FEICOM has donated the sum of over FCFA 6.7 million to help in the ongoing fight against the Coronavirus pandemic which keeps claiming lives in Cameroon. The FCFA 6.7 million cheque was handed over to the Minister of Public Health, Dr Malachie Manaouda by the Director […]

Mask-wearing key to antivirus fight even after vaccine arrives: KCDC - The Korea Herald

Even after a vaccine is developed, there will be no immediate change to antivirus rules, as people will still have to wear masks and maintain social distancing, health authorities said Thursday.   “At this point, what I want to stress is that after a safe vaccine is secured sufficiently and administered safely, there will be a no change in everyday quarantine,” KCDC Deputy Director Kwon Jun-wook said at... 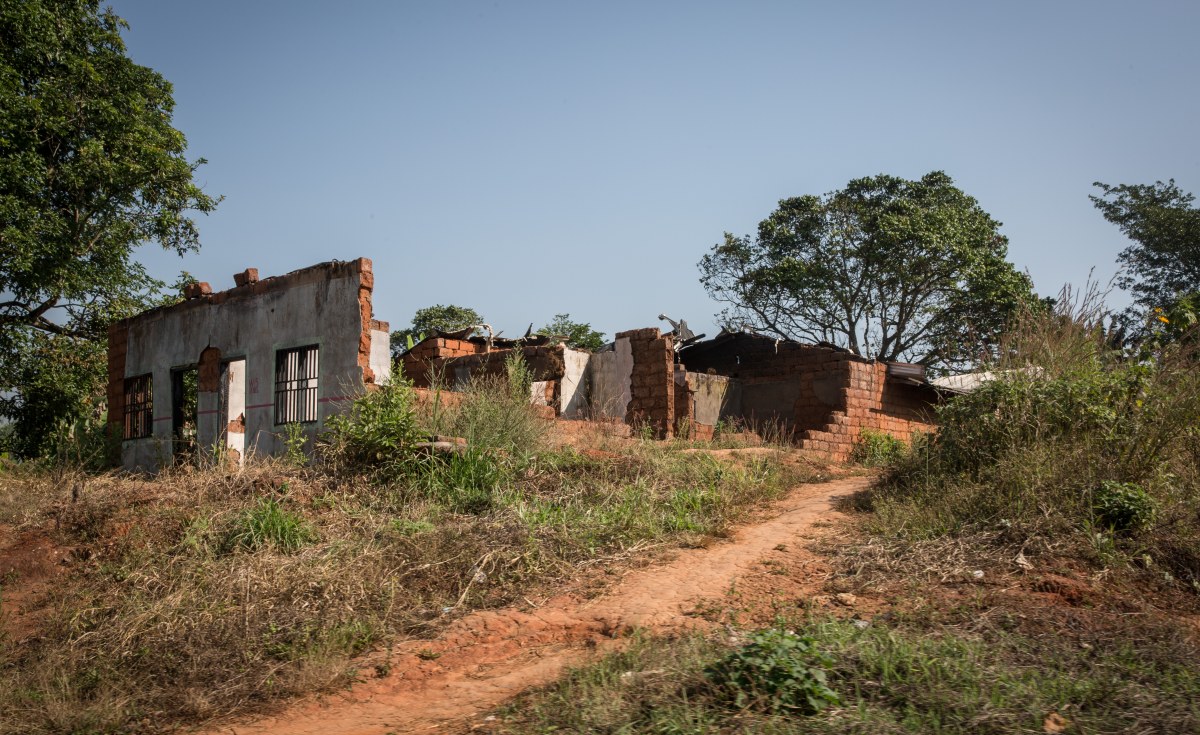 Anglophone separatists continue to commit serious human rights abuses in the Northwest and Southwest regions of Cameroon, with kidnappings, torture and killings targeting the civilian population, according to a new report published by the Committee for the Defence of Human Rights in Cameroon (CHRDA), a local non-governmental organisation. Cameroon has recorded five hundred and thirty-two new weekly Coronavirus infections, an increase of two hundred and one cases recorded the previous week, making a total of eighteen thousand, one hundred and eighteen infected persons. Cameroon is five months and few days in to the Coronavirus pandemic and though the country has witnessed a great […]

An Israeli jewelry company is working on what it says will be the world’s most expensive coronavirus mask, a gold, diamond-encrusted face covering with a price tag of $1.5 million.  The 18-karat white gold mask will be decorated with 3,600 white and black diamonds and fitted with top-rated N99 filters at the request of the buyer, said designer Isaac Levy.  Levy, owner of the Yvel company, said the buyer had two other demands: that it be completed by the end of the year, and that it would be the priciest in the world.

The investigation of a cluster of cases of pneumonia by Chinese health authorities in December, 2019, in Wuhan City, Hubei province, China, identified a novel coronavirus (severe acute respiratory syndrome coronavirus 2 [SARS-CoV-2]), as the causative agent.1 During the subsequent worldwide spread, SARS-CoV-2 first arrived on the African continent in February, 2020, with cases identified in Egypt and Algeria.2 As of July 20, 2020, over 600 000 confirmed cases of COVID-19 have been reported in member states of the WHO African region. 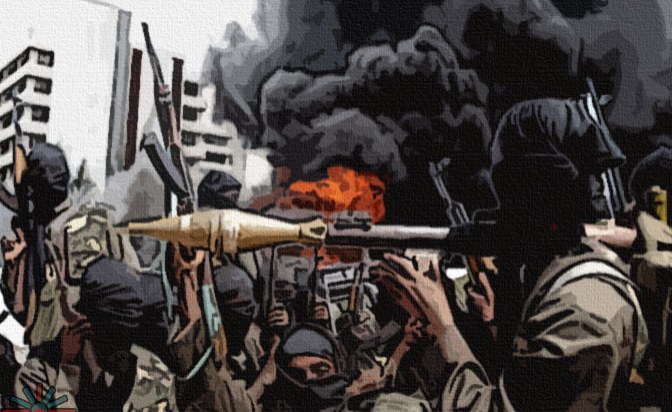 The UN Refugee Agency has strongly condemned an attack on a site hosting 800 internally displaced people near the village of Nguetchewe in northern Cameroon. At least 18 people were killed, and more than 11 injured in the early hours of August 2. The UN says these attacks as well as those in Nigeria and other countries in the Sahel region are going mostly unnoticed by a world focused on the novel coronavirus pandemic. The United States has raised the alarm that the Al-Qaeda and ISIS insurgent groups have started penetrating the northwestern part of Nigeria and looking to expand further south.

[Africa In Fact] Even before the outbreak of the coronavirus pandemic, persons living with disabilities in Cameroon had a peculiar problem - they lacked adequate social support and service delivery. Then, the coronavirus emerged and compounded pre-existing vulnerabilities for them.

A state of emergency is declared in Mauritius after more than one hundred thousand tonnes of oil leaked into its waters. Coronavirus infections are on the rise across Africa with more than a million infections. So why are so many governments are lifting restrictions? Plus meet the man determined to erase Cameroon's colonial past.

German students go back to school Monday even as federal and state leaders are still trying to figure out how to keep half a million children, their teachers, and other staffers safe from the coronavirus.   "There are conflicting priorities, health protection on the one hand, which is very important to us, and on the other hand that we want to ensure the right to education of every single child,” German education minister Sandra Scheeres said.  She said keeping students 1.5 meters apart while inside a school is sometimes impossible.  Scheeres recommends that schools divide pupils into groups and

The United States surpassed five million coronavirus cases on Sunday, the most in the world.  The figures were released Sunday by Johns Hopkins University, which said the U.S. death toll is above 162,000.  The Institute for Health Metrics and Evaluation has released a model predicting nearly 300,000 deaths by December 1 if Americans don’t start consistently wearing face masks.    IHME Director Dr.

Moody's Investors Service ("Moody's") has today confirmed the B2 local and foreign long-term issuer ratings of the Government of Cameroon, with a stable outlook. The review for downgrade reflected Moody's assessment that the country's participation in the G20 Debt Service Suspension Initiative (DSSI) raised the risk that private sector creditors would incur losses.