Sierra Leone Telegraph: 24 October 2020: Ghana has recorded total investments of US$869.47 million, with total Foreign Direct Investment (FDI) value amounting to US$785.62 million between January to June 2020 as FDI inflow showed rare strength in the final moments of the second quarter of the year, undeterred by the Covid-19 pandemic. The total FDI…

By Dimitris Drakopoulos, Rohit Goel, Fabio Natalucci, and Evan Papageorgiou عربي, 中文, Español, Français After the unprecedented hit to economic activity in emerging market economies from the COVID-19 pandemic, their economic output is projected to shrink by 3.3 percent in 2020. Central banks across emerging markets 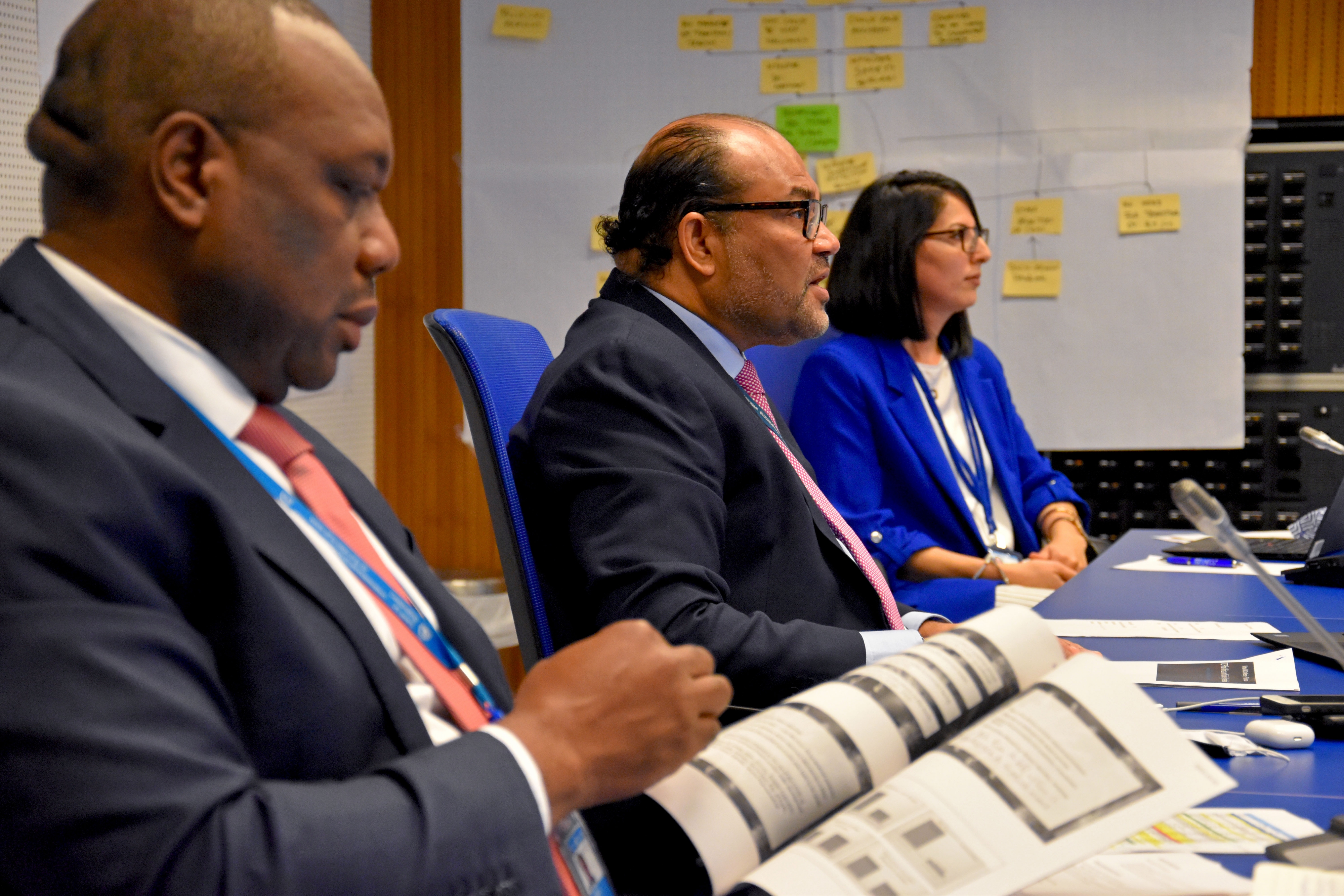 National Liaison Officers (NLOs) from across Africa met virtually on 6 and 7 October to exchange experiences and to discuss pertinent issues related to the development of the 2022-2023 TC programme, as well as to the implementation of the ongoing TC programme in the Africa region against the backdrop of the ongoing COVID-19 pandemic.

Nigerian Vice President Yemi Osinbajo is expressing his condolences and promising justice for as many as 12 peaceful protesters shot dead by Nigerian Security Forces at the Lekki toll plaza. Osinbajo's comments, in a series of tweets Wednesday night, were the first public comments from the country's leaders referring to Tuesday’s shooting in Lagos state. President Muhammadu Buhari, who has said little about the protests engulfing his country, did not mention the Lekki shootings in a statement Wednesday but issued a call for calm and vowed police reforms. The international human rights group

By Ciku Kimeria With COVID 19 cases on the continent close to the 1.6 million mark with over 38,500 casualties, the danger the pandemic poses in the continent is clear. Beneath that, though it is easy to underestimate the increased risk the continent faces from one of the very deadly constant killers on the continent – malaria. Malaria is well recognized as a threat to social

The report that the Council for Scientific and Industries Research (CSIR) is awaiting approval for the commercial release of the country’s first genetically modified food crop and the declaration that Ghana has no patient in any of the COVID-19 isolation centres across the country are some of the trending stories in Ghanaian press on Monday.The […]

The International Day of the Girl Child was on Monday commemorated in Accra with a call for some reflection on how well the fundamental rights of the "Girl Child" in relation to quality education and protection from all forms of violence and discrimination have been guaranteed. 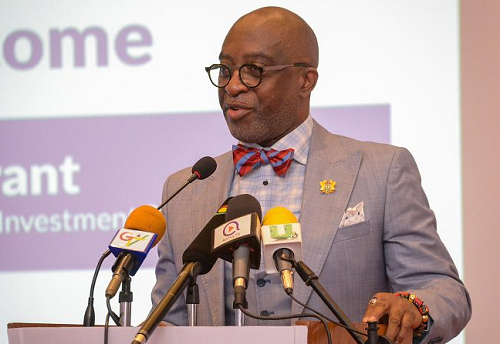 Ghana has recorded an upsurge of $869.47 million in investment inflows for the first half of the year, in spite of the ravaging effects of the coronavirus disease (COVID-19).Mr Yofi Grant, Chief Executive Officer, Ghana Investment Promotion Centre speaking at the press briefing

The African Development Bank’s (www.AfDB.org) African Natural Resources Centre (ANRC) and the African Legal Support Facility (ALSF) hosted a dialogue on responses by governments and the industry to the COVID-19 pandemic in the extractive sector, focusing on South Africa, Ghana, Nigeria, and Kenya. The session, held 21 October and moderated by ALSF Director Stephen Karingizi, brought together policymakers […]

Nigerians in Ghana are joining growing diaspora protests against police brutality in the West African nation, spurred on by events on Tuesday night in Lagos where soldiers allegedly opened fire on protesters. Across the world, people are expressing outrage over the events in Lagos late Tuesday. On Tuesday, after Lagos state authorities announced a 24-hour curfew, eyewitnesses said soldiers opened fire on demonstrators at Lekki Toll Plaza, with casualties reported. Nigeria’s army denied it was responsible for deaths at the scene, branding stories that blame soldiers for the casualties as “fake

Long-awaited US government-funded report from National Opinion Research Center at the University of Chicago (NORC) that assesses progress in reducing child labour in Côte d’Ivoire and Ghana’s cocoa regions shows figures are lower than previously thought (1.56 million compared to estimates of 2.1 million in 2013/14) but it is still a sobering read for the chocolate industry, despite some signs of progress in trying to eradicate the issue.

Long-awaited US government-funded report from National Opinion Research Center at the University of Chicago (NORC) that assesses progress in reducing child labour in Côte d’Ivoire and Ghana’s cocoa regions shows figures are lower than previously thought (1.56 million compared to estimates of 2.1 million in 2013/14) but it is still a sobering read for the chocolate industry, despite some signs of progress in trying to eradicate the issue.

Ghana and Ivory Coast account for two-thirds of the world's cocoa supply, but unlike oil-producing countries, they are unable to influence prices that are historically too low to meet the basic needs of small planters. Some industry players have not forgotten the failure of the Alliance of Cocoa Producing Countries — formed in 1962 by Brazil, Cameroon, Ghana, Ivory Coast and Nigeria — to make any impact on the world market.

The president of the Ghana National Chamber of Commerce and Industry (GNCCI), Nana Dr Appiagyei Dankawoso I and 13 other personalities and corporate entities were at the weekend, honoured in Accra with the COVID-19 Heroes of Distinction Awards for their contribution to the fight against the coronavirus disease. The report of 12 new polio cases recorded in Ghana since the beginning of this year and Canada’s donation over five new 30-seater buses to the Ministry of Food and Agriculture (MoFA) for distribution to some agriculture colleges in the country are some of the leading stories in the Ghanaian press on Friday.The Times reports […]

Ghana: Celebrating UN@ 75 "The Future We Want, the United Nations We Need" ... the Perspectives of a Ghanaian Diplomat - AllAfrica.com

Interview - The UN was created on October 24, 1945 as an intergovernmental body to promote global peace, security and cooperation. Ambassador William Awinador-Kanyirige, executive council member of the Council on Foreign Relations Ghana and former Ghana's High Commissioner to Nigeria and Ambassador to Ethiopia speaks with the Ghanaian Times on the relevancy of the organisation and the way forward. Below are excerpts of the interview. 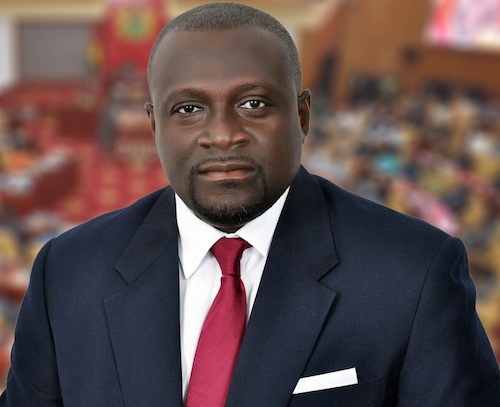 Ghana’s Parliament has approved a US$20 million Financing Agreement between the government of Ghana and the International Fund for Agricultural Development (IFAD) to finance the Emergency Support to Rural Livelihood and Food Systems (ESRF), Ghana News Agency reported Oct. 17. 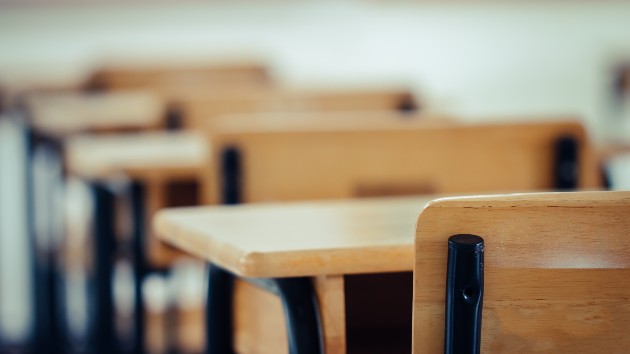 By KAITLYN FOLMER, DOUG VOLLMAYER, MYA GREEN and ANGELINE JANE BERNABE, ABC News (NEW YORK) — The topic of kids returning back-to-school is always up for debate amid the coronavirus pandemic. But around the globe, the idea of kids heading back to the classroom may […]

Fitch Ratings has affirmed Ghana's Long-Term Foreign-Currency Issuer Default Rating at 'B' with a stable outlook. According to Fitch, the affirmation reflects its expectation of a gradual recovery in Ghana’s economic performance and fiscal revenues following the COVID-19 shock. Jermaine Leonard, Director and Primary Analyst for Ghana at Fitch Ratings joins CNBC Africa to discuss the metrics behind the ratings. 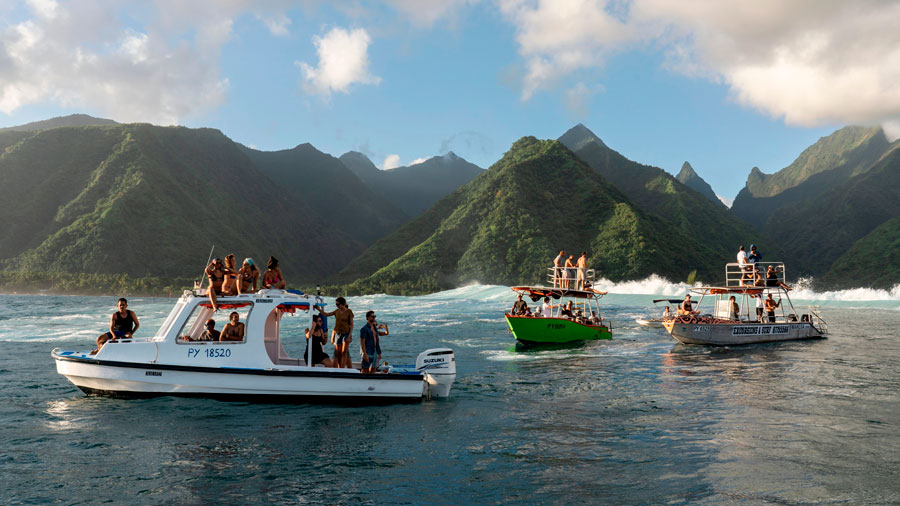 Editor’s note: CNN Travel updates this article periodically. It was last updated in its entirety on October 16. The US State Department advises that travelers consult country-specific travel advisories via their website or consult the CDC’s latest guidance. Before you make any international travel plans, check these sites first. (CNN) — Once one of the […]