SAO PAULO (AP) — Brazilians are once again crowding their beaches and the country is marking a pandemic milestone. The health ministry says Brazil passed 200,000 deaths from COPVID-19 on Thursday. That is the second highest total in the world. Many Brazilians have been straining against quarantine for months, going to bars or small gatherings

read
01/10/2021
Why are France's elderly not queuing up to get the Covid vaccine? - Yahoo Eurosport UK
uk.sports.yahoo 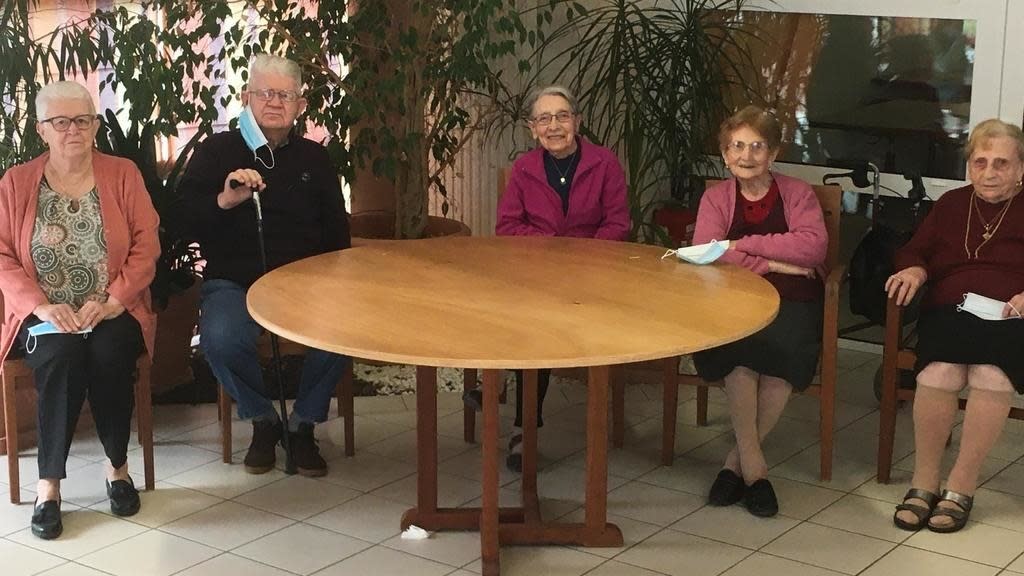 France launched its Covid vaccination campaign with the aim of prioritising elderly people and staff in nursing homes: a total of close to a million people. The campaign has been slow to take off and, despite the vulnerablility of such elderly residents, many are not keen to get the jab. How come? France’s decision to privilege the vaccination of residents in Ehpad (housing establishments for dependent elderly people) made sense. According to France's health regulator, nine out of 10 people who have succombed to Covid-19 are over 65, and a third of the 66,000 deaths occurred in Ehpads.But surveys show that, in an already vaccine-sceptic country, old people are no exception. Laurent Levasseur, chairman of Bluelinéa, that works with some 1,000 nursing homes across France, sheds light on what may seem a surprising phenomenon.This story is part of the Spotlight on France podcast:“60 percent of people in nursing homes don’t accept the vaccination,” said Levasseur, "20 percent are refusing it and 40 percent are undecided."Scepticism over the safety of this new, rapidly rolled-out Pfizer BioNTech vaccine is one part of the explanation.“Everybody is afraid of the side effects,” Levasseur explained "so they need to get an informed medical opinion from their family doctor. But it isn't easy to obtain that.”Whereas young people have got used to seeking medical advice and appointments online, the older generation still rely on their tried, tested and trusted GPs.Not enough infoWhile it’s technically possible for nursing home residents to keep their GPs, Levasseur says it is complicated, which slows down the decision-making process.What’s more, many GPs feel unable to issue an informed medical opinion based on the limited information they have received from the authorities.“Up until a few days ago they had only received press releases about the vaccine. That's isn't enough to be able to advise a patient, it’s not very professional,” he said.Cumbersome red tapeIn a bid to increase trust in the vaccination process, France insists on obtaining prior consent, but this has slowed everything down further. When an elderly resident is deemed mentally unable to give that consent, it falls to a proxy, usually a close family member. But Levasseur's team found relatives often feel ill-equipped to make such an important decision on behalf of their parents.“It’s a big responsibility. It’s very easy to make a decision for yourself, but it’s much more complicated when you’re doing it for your parents,” he insisted. “In 90 percent of these situations, these people of trust would like to obtain the medical opinion of their father or mother’s doctor.”So once again the system stalls. Why is France's vaccination drive taking so long to get rolling? French health regulator defends 'slow' vaccination rollout, urges patience And then there’s the administrative process itself which consists of two meetings: a pre-vaccination meeting with the Ehpad doctor to obtain consent or not, followed by a later appointment for the vaccination. Levasseur questions the merits of having two meetings: “It’s so easy to do a vaccination but that’s not the current process in France.”Little incentiveEven if the vast majority of Ehpad residents were to agree to get the jab tomorrow, so long as its not 100 percent, Levasseur says, little will change within the nursing homes. The unvaccinated ones would still be in danger of catching the virus if family visits were made more open and regular. As such “there are no real benefits for people to agree to the vaccine” he regretted.Why me?Bluelinéa teams have spent time talking to elderly Ehpad residents and one thing stands out: having survived two pandemic crises in March and in December, the elderly see themselves as less vulnerable than the “active seniors”."It's very interesting talking to them," Levasseur said. "They explain: 'It’s more dangerous for my son, he drives a car, he does the shopping. Isn’t it better that my son or daughter, aged 60 or 70, has the vaccination before me?'” A natural reaction for parents for whom “the main responsibility is taking care of your kids, even if your kids are 60 years old”.Over-ambitious targetsEven if France has speeded up the vaccination campaign in recent days, the target of vaccinating 1 million elderly and vulnerable people by the end of January seems very ambitious.“Most Ehpads have not even received vaccines yet, the ones that have started vaccinating are mainly pilot tests," Levasseur said. "Some say they expect to receive doses on 14 January at the earliest, and most around 4 or 6 of February." France to launch online registration to speed up Covid vaccination While it's unlikely France will reach its target, Levasseur believes it will ultimately catch up with its European neighbours such as Germany. "We have to trust in our staff and professionnals. I think there will be an elastic effect. It will take time to get started but once in place the campaign will take off.” 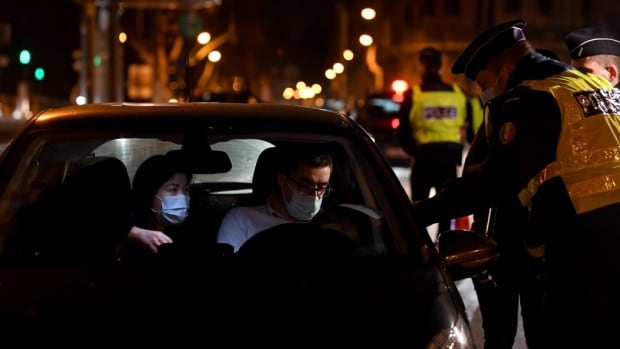 Quebec has become the first province to implement a curfew to help curb the spread of COVID-19 — a measure that has already been instituted in many regions across the world. But how effective those measures have been are difficult to determine. Yet France has shown some positive results, according to a study.